Are You Managing Your Pharmacy Benefits?

Of all the major advancements in modern medicine, perhaps none is more fascinating – and promising – than the evolution of pharmaceuticals. Prescription drugs have gone from being a complementary component of treatment regimens to, in some cases, being the only treatment. The total number of prescriptions filled by Americans of all ages has increased by 85% over two decades. Accordingly, the money spent on prescription drugs has also increased. CMS estimates prescription drug spending is growing at the fastest rate of the major sectors of healthcare, averaging 6.3% for 2017 through 2026.

In fact, prescription drug spending, particularly in government programs, has reached near crisis levels. The issue is so important that President Trump announced a major initiative, American Patients First, aimed at reducing the high costs of prescription drugs. The Department of Health & Human Services (HHS) Director Alex M. Azar II summed it up nicely, “The United States is first in the world in biopharmaceutical investment and innovation…We have access to the greatest medicines in the world, but access is meaningless without affordability.”

So what does this mean for plan sponsors? It underscores the critical importance of benefit cost containment. In this regard, your choice of a Pharmacy Benefits Manager (PBM) and its performance become more important than ever.

Here’s where CTI comes in. Our pharmacy audits will help you ensure you are obtaining – and receiving – all the savings to which you are entitled. Our Audit includes the following components:

CTI can conduct a pharmacy audit in concert with a medical audit or as a standalone. Click the Talk with Us button below for more information. We look forward to helping you protect your plan’s interests. 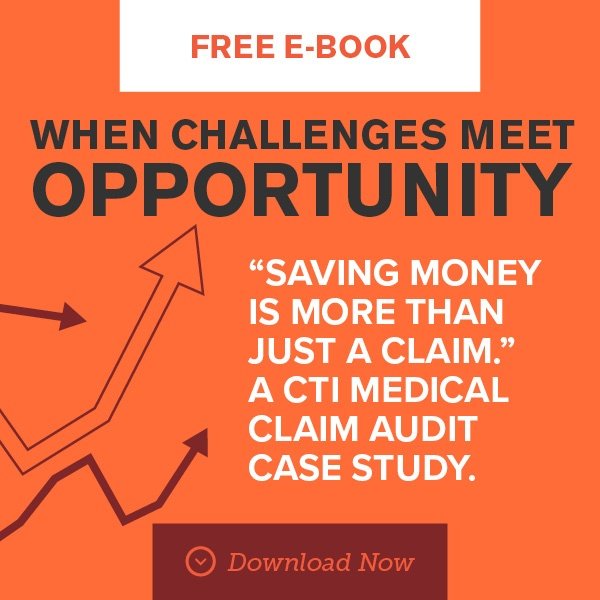